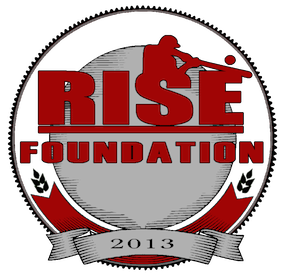 With the support of every team, player and parent of RISE Baseball the RISE Foundation is able to provide a college grant of $5,000 to one exceptional individual from the 2014 graduating class at RISE Baseball. The RISE Baseball 2014 Graduating class has many students who have achieved amazing feats throughout their youth, all of which will continue their baseball careers at the college level. Though one student at RISE Baseball has truly stood out amongst the crowed, but not for one exceptional attribute, but a well rounded student and an amazing young man.

The 2014 RISE Foundation recipient for the class of 2014 is Evan Roberts, a 2014 graduated from Manchester High School and future cadet at Virginia Military Institute (VMI). Evan Roberts is the most widely known player at RISE Baseball, and not for his abilities on the field, but his personal commitment to the game and volunteer hours to helping young players develop, and his vibrant and influential personality. Though Evan Roberts has commited a lot of time to helping players develop at RISE Baseball his strong reputation is not only known to RISE Baseball, but through the local community and students at Manchester High School.

Evan Roberts has volunteered over 200 hours with students at Alberta Smith Elementary, an influential leader in BETA Club, and all academic students since freshman year (graduated with a 3.3 GPA).

Evan was most recently awarded the United States Marine Corp Athletic Achievement Award given to a student who is an exemplary young citizen, a role model for younger students, and who is recognized for academic achievement and leadership as a high school scholar.

In addition to the United States Marine Corp Athletic Achievement Award Evan was awarded with the Distinguished Lancer Award for high school excellence, and the Manchester Lancer Baseball Coaches award for his leadership on and off the field at Manchester High.